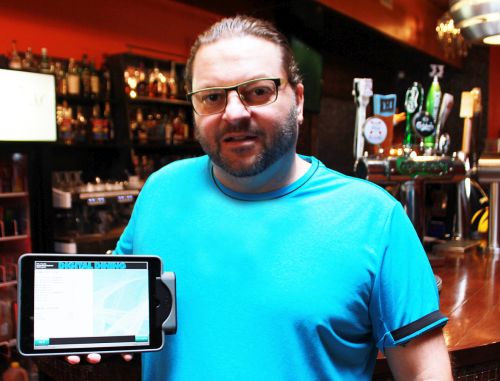 Drinks arriving at the table before their server has left seems like magic for many customers at the Bean Bar, a ‘lifestyle’ restaurant that has grown in popularity with customers of all ages in Hamilton Ontario’s Westdale Village over the past two decades. A recent upgrade to Digital Dining handheld POS is responsible for increased order accuracy, higher sales, and better table turns at this trendy restaurant.

“The fact you can send in drink orders while you are still interacting with the customers is pretty amazing,” Assistant General Manager Dianna Salvo says of the introduction of Apple iPad Mini’s running the Digital Dining handheld POS software as well as interfaced pay-at-table devices.

“It’s more about the service now. Rather than running away to a fixed point-of-sale station to punch in the orders, servers are able to spend time with their customers. A “runner” can bring drinks out while we’re still using the POS handheld at the table to take food orders. Customers will say, ‘How’d you do that?’ Everyone loves it – it’s fun, it’s interactive and it’s very fast. You can’t beat that.”

It’s the biggest leap the restaurant has made since switching over to the Digital Dining POS solution eight years ago, says co-owner Robert Wilton, a former chef who has taken the restaurant from a ‘coffee and dessert’ shop to a full-blown eatery that is often packed with a mix of students, faculty and staff from nearby colleges, schools and McMaster University.

“When we switched to Digital Dining, we never looked back,” adds Robert. “The service with Armagh POS Solutions is solid. I know I can count on them, so that takes away the worry of making a major change like this.”

Robert says the use of handheld POS with Digital Dining has also helped his kitchen staff. “They see less of the order stacking with five of six orders building up and then shooting through in a spurt. The chit machines now runs with a more constant flow instead of that bang, big rush, followed by a lull and another big rush.” 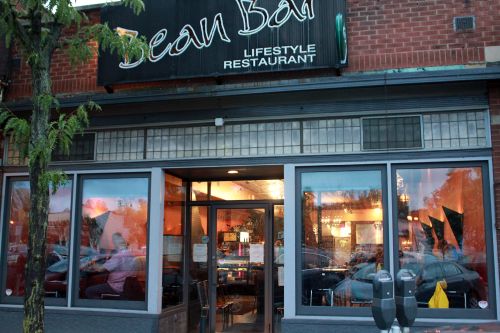 Diana says the flow of the restaurant has also improved dramatically as a result. “Our restaurant is configured in a long, narrow space so there used to a lot of congestion around where the POS terminals used to be. It makes it easier to get food and drinks out to the tables more quickly because you don’t have servers and customers stacked up in the middle.”Bean Bar Restaurant Store Front

“We help great properties like Bean Bar make the magic happen,” said Harry Mitchell, Account Manager at Armagh POS Solutions. “Many restaurants have attempted to master “table-side” handheld POS and failed. The mystery behind the magic is Armagh. We’ve installed more handheld POS, longer, and more successfully than anyone else. We know the secrets to making it work.”

When asked if he was willing to share those secrets, Mitchell replied, “Call me for a Digital Dining handheld POS demonstration and I’d be happy to.”

Armagh has been serving the retail, restaurant and grocery industries in Canada since 1979, delivering solutions for a range of operators from single-unit small businesses to multi-unit national chains.

We are specialists in touch screen and scanning point of sale (POS) systems for both restaurants and retail stores, cash registers, scales, liquor inventory control systems, and grocery label and wrapping equipment.