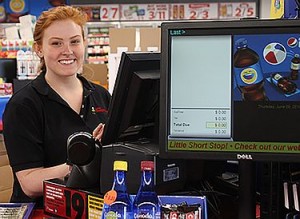 “Our former General Manager retired to help his brother who had MS, and we wanted to show our support by getting involved in the annual MS fundraiser,” explains Kevin De Spiegelaere, IT & Special Projects Manager.

Working with the Armagh POS Solutions team, the Little Short Stop’s ECRS Catapult convenience store POS system was configured to round up purchases to the nearest dollar, making it easy for customers shopping at any of the chain’s 29 stores to give small amounts to the MS cause.

“We liked the idea that customers could give 10, 20 or 30 cents at a time rather than asking for $2 like many companies do,” adds Kevin. “It’s really effortless for staff. If the customer agrees, the staff person simply taps a button. The system automatically rounds up the purchase, and allocates the donation to an MS account.” 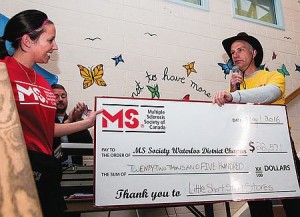 Kevin noted the campaign raised almost $23,000 in 2016. “One of our team members suggested a Western theme, since it is ‘Round up for MS’. We had great staff participation. Everyone wore cowboy hats and got into the spirit yelling yee-haw or giddy-up when customers donated.”

Little Short Stop Stores have been using the Catapult convenience store POS software system on Toshiba POS touch screen terminals since awarding the contract to Armagh four years ago, after conducting an extensive search and evaluation of systems to replace its box-cash registers.

“I joined Little Short Stop five years ago and one of the first things I was asked to look at was the point-of-sale system,” says General Manager Gerry Bes, noting he asked for convenience store POS proposals from 10 POS companies. Five of those were invited to the Little Short Stop head office to present on their software and capabilities. 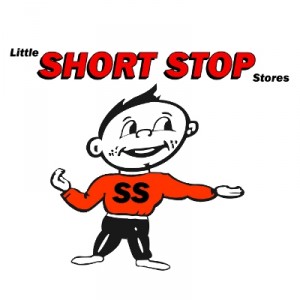 “We ended up going with Armagh and Catapult based largely on the robust functionality of the POS software, as well as the solid service relationship we’d had with Armagh for 30-plus years.”

Kevin says the system has been as effective in enhancing in-store promotions and customer service as it has in making the MS Round-Up possible. “We’re in the convenience business. In some respects we sell time. Customers come to us because they can get in and out of our stores quickly and get what they need. Catapult has automated so many things we used to do manually, allowing our team to really focus on customer service.”

Armagh has been serving the retail, restaurant and grocery industries in Canada since 1979, delivering solutions for a range of operators from single-unit small businesses to multi-unit national chains.

We are specialists in touch screen and scanning point of sale (POS) systems for both restaurants and retail stores, cash registers, scales, liquor inventory control systems, and grocery label and wrapping equipment.